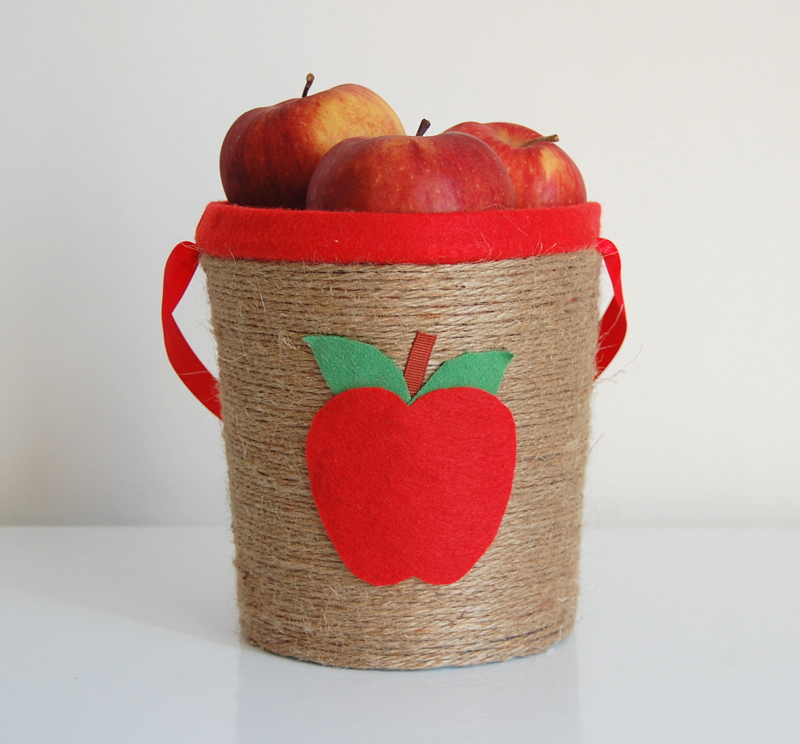 When I got home after the drive that would never end from Florida, I had this overwhelming urge to make something. Anything. I mean I had to craft something or I was going to go stir crazy like a writer does when they have inspiration to write, and it’s 3 am they have to get out of bed and write or they just lose their marbles. Enter the Upcycled Ice Cream Container.

Chapman’s did not pay me to say that, I buy this stuff all the time.  And then I said Hey! Let’s make an apple picking bucket.

Because that’s what everyone needs. An apple picking bucket. Because apparently the bags they give you to pick apples at the apple picking farms aren’t enough.

Even I was like “Come on Alex, who has time for this.”

But this is what happens when you get into a creative mood. You need to make something.

So I grabbed some twine, felt, ribbon and my glue gun and went town decorating.

Wrapping the twine was shockingly easier and faster than I thought it would be. I just spun the bucket around and kept the twine in my right hand. Sort of like when a machine threads a bobbin.

Hey I even know that a bobbin is now. Bonus points.

Then we punched 2 holes on either side of the bucket with an old fashioned nail and hammer, and threaded through some ribbon for a handle. The insides of the ribbon are tied in a simple knot.

And it wound up looking pretty darn freaking cute if I do say so.

The kids loved them, that’s all that mattered in the end. We missed apple picking season last year because of the bad crops. This year was amazing. We met up some great friends and made off like the Evil Queen with some seriously nice Cortland apples.

And you know what else I just did?

Gave myself (and you) an excuse to buy more ice cream. 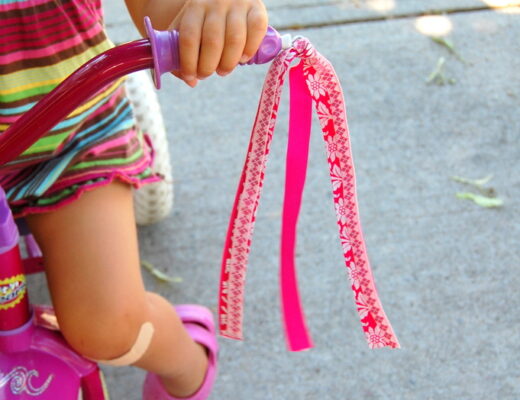 How to make your own Bike Streamers 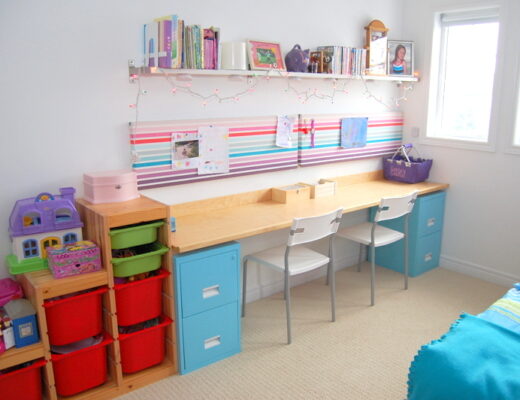