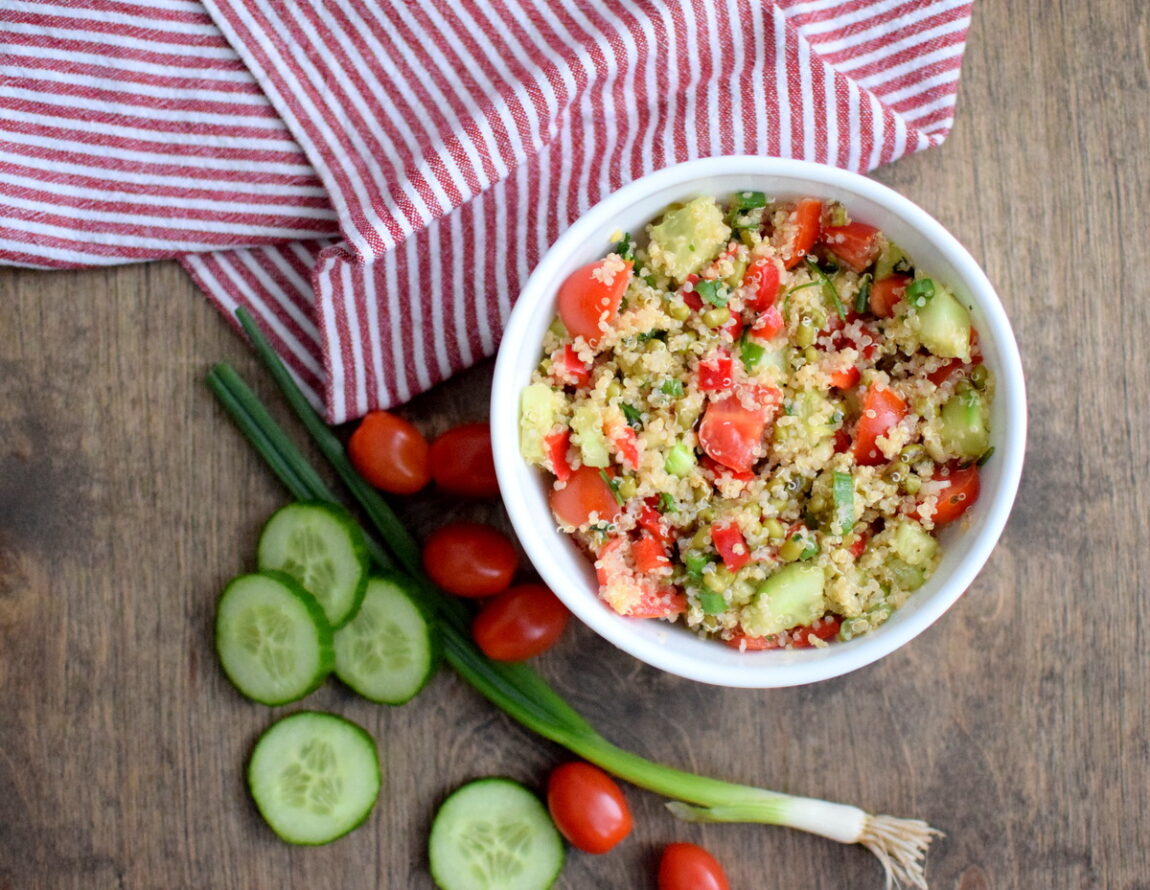 Costco is full of lovely things that we are addicted to and I don’t just mean toilet paper. In this day and age, can you imagine paying for the right to shop somewhere? And yet it’s practically a religion. Now, it’s been years of us shopping at Costco and to this day I still discover new to me products, that have been there for years. Case in point, their Quinoa Salad. This salad is so good. SO GOOD. Because I can’t get to Costco all the time, I had to see if I could make a Costco Quinoa Salad Copycat recipe.

The thing about Costco’s Quinoa Salad, is that it has this taste that’s very hard to describe. You try one bite and pause. Then you try another. The next thing you know it’s two hours later and you’re reaching for your third bowl of it. I checked out the ingredient list and it seemed pretty simple to replicate.

This is the closest copycat version I could make of it.

On Costco’s actual salad ingredient list, they also add Lentils and Bulgar. I did not add them to this as the Mung Beans on their own sufficiently give this that nutty flavor. Bulgar is a wheat grain and I didn’t have that on hand at the time I made this. Quinoa on its own for this works just fine!

DRESSING TIP: Salad dressing quantities tend to be a very personal choice. So do a taste test and if you think something needs a bit more zest or salt, add it in. Costco’s ingredient list also has sugar. I am good without the additional sugar.

I’ve also made this using Red Wine Vinegar and I love the flavor of it as well.

The salad tastes the best “to me” after about a day when the flavors have gotten a chance to sit. It’s a great salad to make ahead of time for a BBQ, sporting event, etc. Probably why it does so well at Costco.